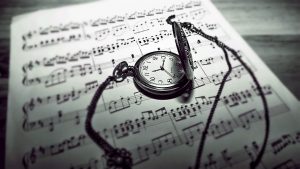 Lou Adler continues to distill best practices in sourcing and hiring human talent – Performance-based Hiring. I measure consensus as operationally defined, or being on the same sheet of music in measuring results.

Over a 10-day period last month with three large companies in Europe and two Silicon Valley mid-majors, I relearned why so many companies make unnecessary hiring mistakes. They were each looking for some form of the following competencies.

Yet no one, regardless of the company, agreed on what the words meant even with the dictionary definitions shown here.

I suggested the answer to the following question offered a simple solution:

How is the competency used on the job and what’s the measure of success?

Some examples from the last 10 days will highlight the idea that competencies without context and without a measuring stick are the #2 cause of all hiring mistakes. As a result of the lack of context, bias and perceptions then become the criteria for hiring. This is the #1 cause of errors. Together they represent at least 50% of all hiring mistakes.

One major online travel company described the foundation of their hiring success as a commitment to their five core competencies. Number one was humility. They then described their best hire in the last year was someone who demonstrated creativity, a propensity for breaking every rule of marketing, extreme self-confidence and no fear of failure. The 50 people in the room clearly saw this as someone without humility. Upon further digging, it was clear this person had exceptional leadership skills because he had the ability to inspire people to stretch themselves beyond their self-perceived limits.

A few days later, I met a VP of Sales who was hiring 12 regional directors. He wanted people who also possessed humility plus a maniacal attention to detail. I asked him what he meant by humility. He said someone who isn’t a “Lone Ranger” (his actual description was unprintable). I then asked what humility looks like on the job. He went on to say it is the need to collaborate with the internal sales support to prepare complex product demonstrations customized to meet extremely complex customer requirements. I said this sounds more like leadership and collaboration to me than humility. He wanted to agree but didn’t since others were in the room. This seemed to me to lack some humility.

When I asked the same person what maniacal looks like on the job, he said it is to keep everything in Salesforce.com totally up-to-date and to know exactly where the person stood on what it would take to achieve the monthly and quarterly sales commitments. Whether or not maniacal was the best trait describing this critical need, what was important was understanding how this trait was used on the job.

At another event, the VP of Talent at a major European company was trying to embed her previous company’s hiring process into a new and far less sophisticated company. Her big desire was to ensure each new hire was a true leader in his or her area of expertise. The problem was that leadership was academically defined. When I asked the dozen or so people in the room for their definition of leadership there was little overlap and less understanding. However, when I asked what leadership looked like on specific jobs agreement was far easier to reach. For an accounting manager’s role, it was leading the development of a new global budgeting system getting all the stakeholders to agree to a common reporting process. For a business unit leader it was to upgrade the entire internal support team to increase customer satisfaction.

A similar problem occurred at a presentation I made last week to a consulting company working on state-of-the-art military projects. They wanted to hire engineers who possessed extraordinary communication skills. Again there was no agreement on how this was defined. When I asked what strong communications looked like on the job everyone agreed is was presenting complex technical information to people at government agencies who did not have the same depth of technical insight. The purpose of these presentations was to get agreement and funding to move forward on their assigned projects.

To avoid hiring mistakes, define how required traits are actually used on the job

Competencies, behaviors and skills are important attributes to consider for hiring purposes for any job. However, they’re useless without context. The solution is simple: Define how these traits are actually used on the job.

Typically this results in 5-6 performance objectives describing the task itself, an action verb describing the role of the person and some measurable result. I call this list of Tasks – Actions – Measurable Results a performance profile or performance-based job description. By preparing one you’ll discover it’s also the best way to eliminate the top two causes of hiring mistakes: lack of context and bias caused by lack of context.

How to Achieve the Recruiting Performance Trifecta of Quality, Cost, and Time
Ask this One Question to Eliminate 50% of All Hiring Mistakes