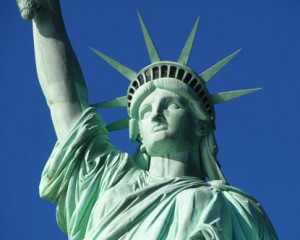 In a Boston Globe article, Hiawatha Bray” wrote “On Friday, the US Citizenship and Immigration Service said it had received enough requests to easily fill its annual quota for H-1B visas — now set at 85,000 — just five days after opening the application window. That is the fastest since 2008, when it took just one day to meet the quota.”

Companies, rather than individuals, apply for the visas. Bray continued the H-1B visa program lets businesses bring in foreign workers with specialized skills when they cannot find American citizens capable of doing the jobs.  This is where I suggest American companies fail to feed the supply chain of dwindling technical talent in the recovering economy.

All manner of skilled workers are eligible for the visas, but they are primarily used by companies seeking engineers, computer programmers, and other high-tech workers. Because the Immigration Service has an excess number of applications, it will allocate the visas by lottery.

Is the problem that they truly can’t find American citizens capable of doing the jobs, or are they unable or unwilling to rank the 10 job requirements as they relate to business deliverables?  In no job are all the skills equally important.  If someone had all ten skills, why would they leave the job they have to take a job with little opportunity to learn?  Why not use a process to rank the most important 7 skills and allow 2-3 for candidate growth?  They’d have something to sell upwardly mobile candidates and attract them!

Two weeks ago I wrote about a company who had a new Software Manager position open for 6 months and had their ‘perfect’ candidate turn down their offer 3 months ago. He took a job in another industry. There were several candidates with 4 of the 5 key skills but passed on all of them.  They continue to look for someone “capable of doing the job.”

Two days ago I received a job order for Group Manager, Business Systems Analysis – for Investment Operations also open for 6 months. This was a replacement for the incumbent who moved to another job internally.  They found one candidate they really liked but he backed out and took an offer $25k more than our max. Had a backup candidate go through final rounds but were divided on if he was the right candidate, and he ended up taking another offer.

Pretty simple; either come up with the money or lower the skills threshold.  Get everyone on the same page!  Top candidates will normally move to gain skills before they will move for money alone.  There are certainly strong foreign worker candidates often educated in American Universities.  However why not hedge your bets, tune your hiring process and broaden the candidate pool.  Or pay sponsorship costs and gamble in a lottery that could include cultural and communications risks.

To fix the errors in judgement for choosing a marriage partner that statistically result in a 50% divorce rate, shouldn’t we just expand the selection pool and join a lottery for  a foreign bride?  She won’t even need an H-1B visa!

[* Bray is a technology writer for the Boston Globe Business section. He has contributed to a number of newspapers and magazines including Wired, Fast Company and Black Enterprise. He received an Overseas Press Club award for his series on the Internet in Africa.]

I am NOT retained to FIND people for my clients!
The Hidden Job Market is Now Revealed as Source of Best Jobs and Best Talent